This Centre is a hub for sustainability at UBC, containing offices and labs, a 425-seat auditorium, meeting rooms, a cafe, and open spaces for studying and socializing. This project has achieved LEED Platinum Certification, obtaining a number of sustainability and high-performance awards.

CIRS was the first demonstration project of UBC's Campus as a Living Laboratory Initiative. Constructed with Glulam beams and columns throughout, supporting primarily exposed solid laminated 2x4 floors, wood was used to its maximum capabilities. The four environmental net-positive areas for CIRS are construction carbon, energy, operational carbon, and water. The building generates its own power from waste and renewable resources, while producing drinking water from collected rainwater. The potable water produced can provide up to a three-month supply. With a closed-loop system, it produces 100% reclaimed water from all fixtures of the building and reuses it for irrigation and washrooms.

This project used roughly 940 cubic meters of wooden products which can be grown as quickly as three minutes within British Columbia forests alone. With an approximate total of 2173 metric tons of carbon dioxide (by using wood over other building materials, and the amount stored within the wood), it is the equivalent of removing 415 cars from the road for one year, or the energy to operate a home for 185 years.

This project was LEED® Platinum certified. 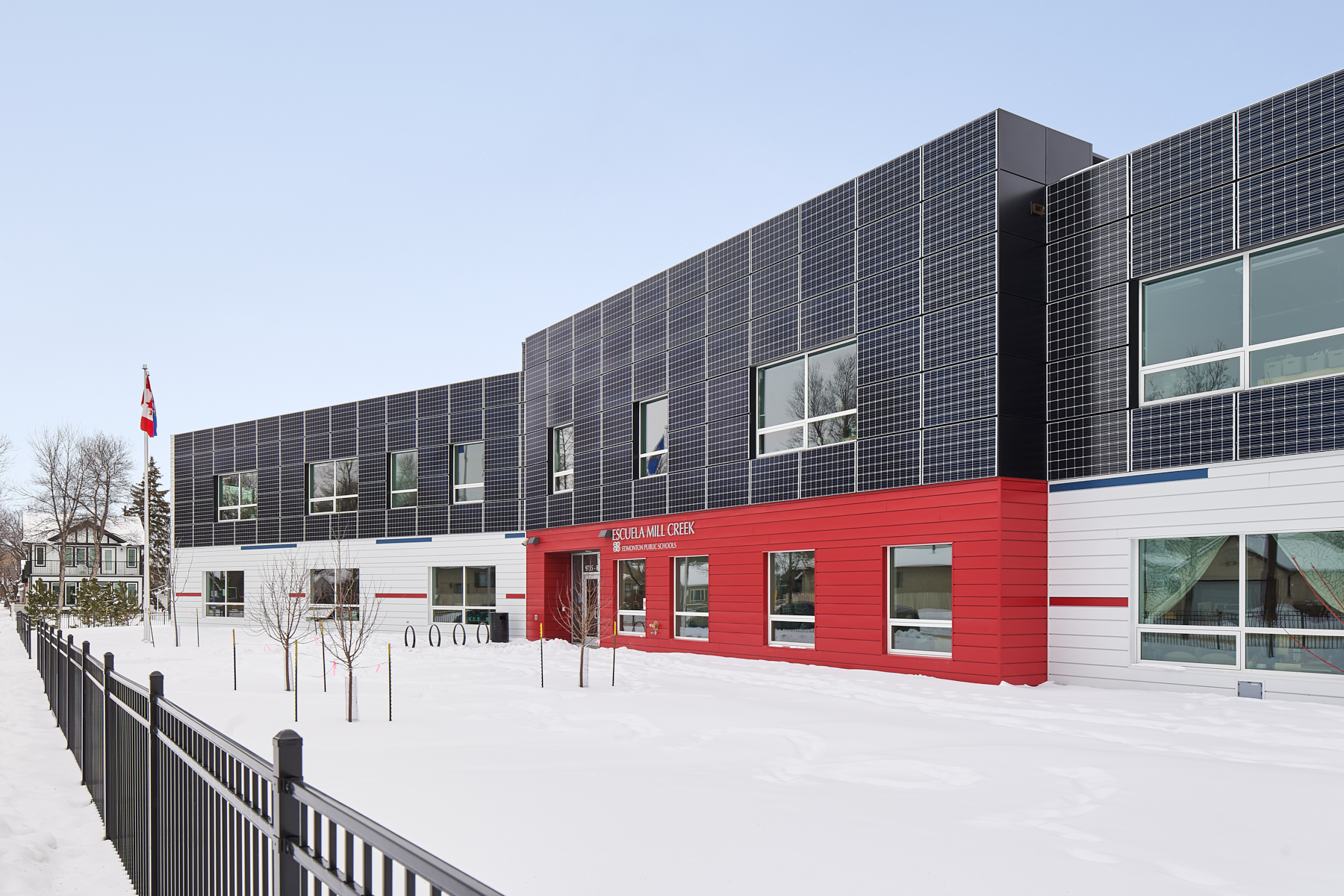 Escuela Mill Creek School is vibrant with the many different cultures that come together for the common purpose of learning Spanish. This school is the first in Alberta to receive an International Spanish Academy designation from the Spanish Government's Education Ministry. 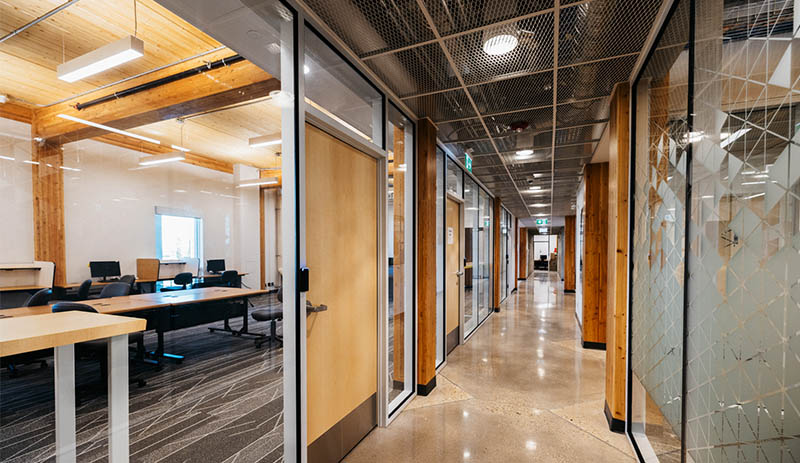 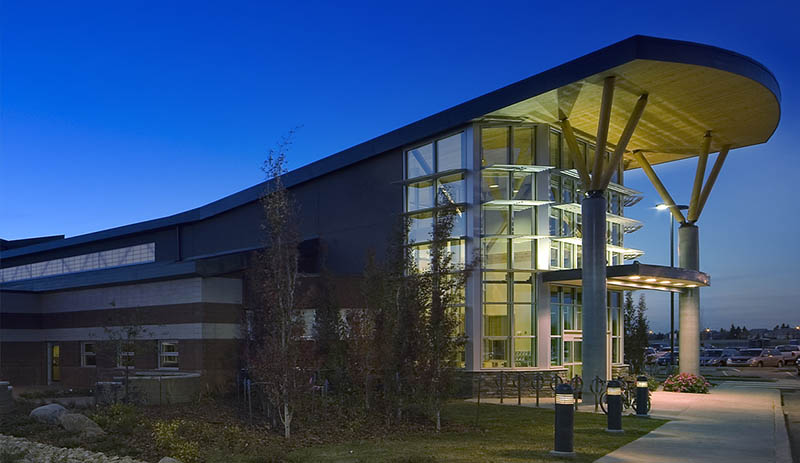 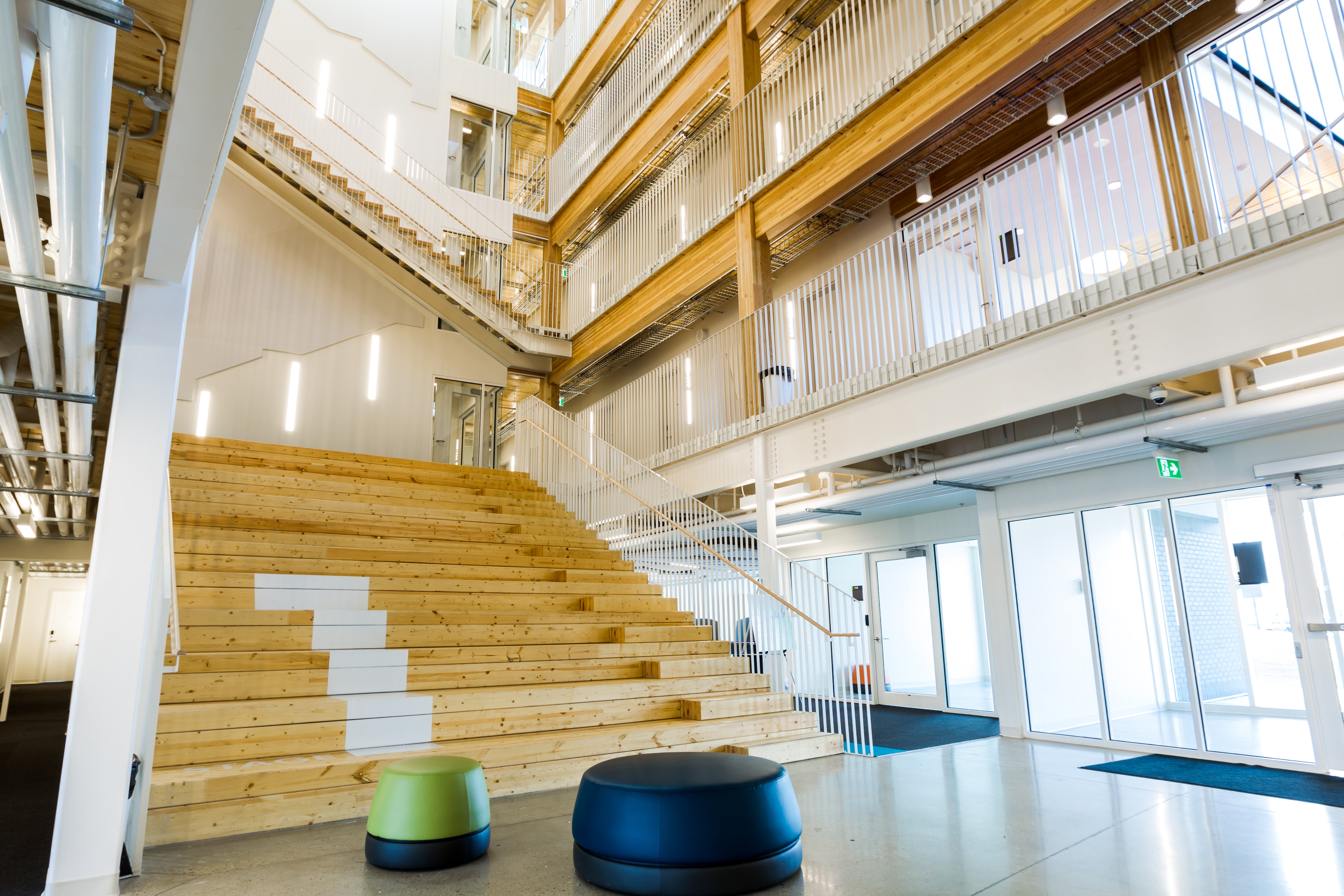 This building is designed for a sustainable future of renewable energy, raising the bar for on-campus student accommodations. The use of Glulam throughout the building successfully completes Red Deer College's goal of creating a fun, welcoming home base for students. 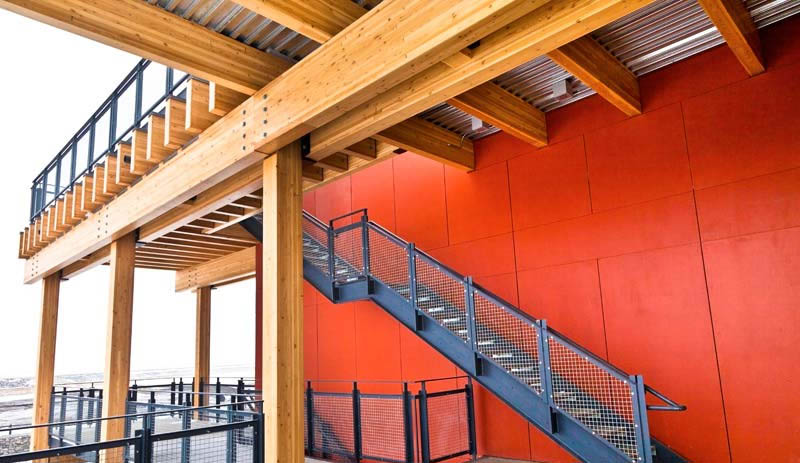 The Ralph Klein Education Centre features an indoor classroom, resource library, art studio, interpretive signage, and meeting spaces. Ralph Klein Park is the first park to be named after a former mayor during their lifetime.